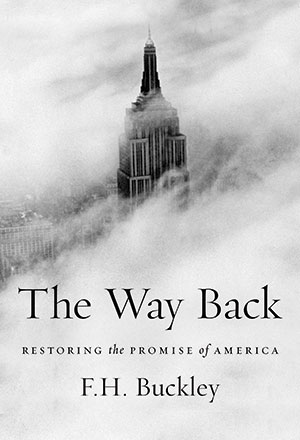 The promise of America is that, with ambition and hard work, anyone can rise to the top. But now the promise has been broken, and we’ve become an aristocracy where rich parents raise rich kids and poor parents raise poor kids.

We’ve been told that the changes are structural, that there’s nothing we can do about this. But that doesn’t explain why other First World countries are beating us hands down on the issue of mobility.

What’s different about America is our politics. An ostensibly progressive New Class of comfortably rich professionals, media leaders, and academics has shaped the contours of American politics and given us a country of fixed economic classes. It is supported by the poorest of Americans, who have little chance to rise, an alliance of both ends against the middle that recalls the Red Tories of parliamentary countries. Because they support an aristocracy, the members of the New Class are Tories, and because of their feigned concern for the poor, they are Red Tories.

The Way Back explains the revolution in American politics, where political insurgents have challenged the complacent establishment of both parties, and shows how we can restore the promise of economic mobility and equality by pursuing socialist ends through capitalist means.

Praise for The Way Back

“The Way Back makes a persuasive case that social mobility, fundamental to the American Dream, has eroded, and that people both on the left and right need to deal seriously with the problem of inequality. F.H. Buckley marshals tremendous data and insight in a compelling study.”

“Inequality and immobility will be the rallying cry from the left as the 2016 elections approach. That’s a great reason to put The Way Back/cite> at the top of your reading list. F.H. Buckley offers a provocative and important commentary on the underlying problems—dysfunctional schools, barriers to entrepreneurship, a broken immigration system, sclerotic government, special interest politics, and more. He dissects who’s to blame, what to do, and what not to do—with scholarship, wit, and insight.”

–Robert A. Levy, Chairman of the Cato Institute

“Another excellent book! It is full of marvelously shrewd observation, as well as scholarship, both aimed at subjects of the greatest importance.”

“The Way Back demonstrates that inequality and immobility are real and serious—and that nominally ‘progressive’ policies are a big part of the problem. The problem, moreover, is not unintended consequences—but rather intended consequences. With his signature combination of erudition, imagination, and wit, F.H. Buckley has produced a game-changing contribution to the inequality literature.”

–Library of Law and Liberty

“Trump and Ted Cruz ought to have Buckley’s book on hand as they make their final case to the electorate.”

“The Way Back is a thoughtful guide to the most vexing questions about inequality and how we might truly tackle these issues.”

“Buckley is a graceful writer. And he is very well-read.”